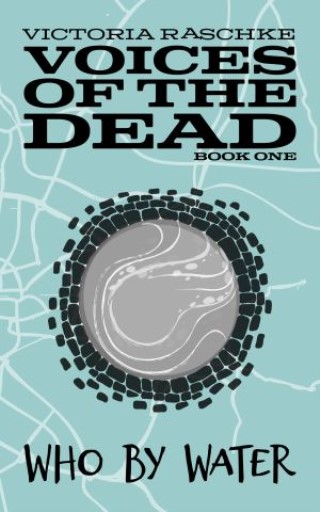 Voices of the Dead: Book One

Jo Wiley runs a punk rock teahouse in the heart of the Slovenian capital and keeps her string of friends with benefits on a tight schedule. The one thing she hasn’t made time for on her calendar is saving the world. When the body of one of Jo’s lovers is discovered among ancient Roman ruins, a curtain is drawn back on a hidden world of ghosts, demons, and forgotten gods where Jo is the link between the living and the dead. Archeologists digging through two thousand years of history can awaken more than an interest in a city’s past. A dark presence that had laid hidden beneath Ljubljana’s streets has a long memory and a keen interest in Jo. As more bodies turn up, it becomes clear it’s going to take more than Jo’s characteristic snark and her new ability to chat with ghosts to keep an ancient evil from being unleashed on the world.

Victoria Raschke: Victoria Raschke writes books that start with questions like "what if you didn't find out you were the chosen one until you were in your forties?" When she isn't holed up in her favorite coffee house to write, she can be found at the nearest farmers' market checking out the weird vegetables or at her home where she lives with a changing number of cats and her family who supports both her writing and her culinary experimentation - for the most part.